The most immediate consequence of the first voyage around the world (which can be considered the culmination of an entire series of earlier expeditions, especially those carried out by Christopher Columbus, Vasco da Gama and Vasco Núñez de Balboa) was the opening up of a network of intercontinental exchange – human, biological, agriculture and livestock, cultural and economic – which included the creation of trade networks among the different continents and their integration into a global economic system. This process, which involved all the worlds, gave rise, paradoxically, to theemergence of a single world and the possibility of conceiving of a world history for the first time. 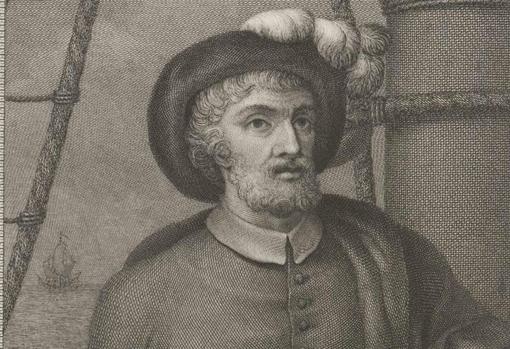 The first voyage around the world is, in fact, one of the greatest events in human history. The tales of the voyage and the dissemination of new geographical and ethnographic data helped to expand the mental horizons of the age. Antonio Pigafetta, the expedition’s main chronicler, was aware of the importance of his meticulous log, when he said proudly, on introducing himself before the then Emperor Charles V: ‘Departing from Seville, I went to Valladolid, where I presented to His Holy Majesty Don Carlos, not gold or silver, but [such] things [as] to gain much esteem from such a Lord.Among the others, I gave him a book, written in my hand, with everything [that] happened, day by day, on our voyage.’

Naturally, the repercussions went even further. Spain’s aspirations to the Moluccas lasted only until the 1520s, as following the failure of the fleet of Fray García Jofre de Loaysa (where Juan Sebastián Elcano would also lose his life), Charles V would give up the Moluccas to Portugal in the Treaty of Zaragoza, 22nd April 1529, without the safeguard clause stipulated in the same ever going into effect. However, this did not prevent the Spanish occupation of part of Maluco between 1606 and 1662 (and even the island of Siau in the northern Sulawesi Islands until 1677), before and after the Union of the Crowns of Spain and Portugal. This also led to, in addition to the aforesaid continued control over the islands of Tidore and Ternate, thedefence of Macau, the great Portuguese port of trade in China, against attack by the Dutch in 1622, and the occupation of the island of Formosa (Taiwan) between 1626 and 1642, also defended against the Dutch from the Spanish forts of Jilong and Tamsui.

The first voyage around the world was the key piece, or even beyond that, the keystone, such that today we may speak of a first globalisation. A globalisation that was carried out per Ibericos, that is to say, translating the Latin phrase, by way of the Iberian nations. French historian Pierre Chaunu thus titled his famous book Les Philippines et le Pacifique des Ibériques, as Philip II was successful in establishing his sovereignty over those Philippine Islands, serving to extend Spanish influence throughout the entire Far East and Micronesia (with the 17th-century occupation of the Mariana Islands, which provided a port of call for Spanish crossings from Asia to America, and the Caroline Islands and Palau, held for a longer time).

Thus, the Philippine Archipelago was able to become the centre of transpacific trade which linked China under the Mings (and later the Qings) with the Viceroyalty of Mexico for 250 years by means of the so-called Manila Galleon (or Acapulco ship or China ship). Similarly, Spain was able to continue the exploration of the Pacific Ocean, now in search of Terra Australis, until this new series of expeditions was cancelled in 1607 (not before discovering the Solomon Islands, the Marquesas Islands and Vanuatu, and crossing the straight named Torres for another Spanish navigator). Australian historian Oskar Spate could thus rightly call the Pacific Ocean of the 16th century ‘theSpanish Lake’. And so ultimately the true catalyst of the first globalisation, the material agent that made it possible, was Spanish silver, that is, silver from the mines of the Viceroyalty of Mexico, and to a lesser extent, from the mines of the Viceroyalty of Peru. All of thiscan be found in the seed of the circumnavigation of Juan Sebastián Elcano and his brave companions