Five centuries ago, when the expedition commanded by Ferdinand Magellan set sail from Seville, its members were heading out to encounter an unknown nature. They could not
venture deep into the jungles or far from the coasts, and they lacked binoculars or equipment to dive in tropical seas. However, they were accustomed to living close to nature and might find themselves amazed by what they saw: a magnificent biodiversity, with which we are in part familiar thanks to the account written by Pigafetta, from whose text it is well worth picking out a few striking cases.

To start, when he mentions that on a Canary Island there is a large tree ‘the leaves and branches of which distil a great quantity of water, and at the foot of this tree there is a trench
that resembles a pool, where all the water falls’, he is speaking of the Garoé of El Hierro, possibly Ocotea foetens, a specimen which, until it was destroyed by a storm in 1610, provided water for men and animals and in whose place another similar one was planted.

During the Atlantic crossing, he mentions the cagasella, which ‘lives on the ordure of the other birds’, which it chases until they release it. This is a skua, probably Stercorarius parasiticus, and what it is actually trying to do is make the other birds regurgitate the fish they have just caught.

Near Recife, he mentions a tree with a spiny trunk, Caesalpinia echinata, from which a dye was extracted that was as red as brasas (hot coals, thus giving Brazil its name) and which is used today to manufacture the bows of the finest violins.

In Rio de Janeiro he encounters sweet potatoes, Ipomoea batatas, a plant already known to Columbus and very popular in Europe. In that same place ‘they have some little monkeys that look like lions, only yellow. They are very beautiful.’ It is the golden lion tamarin, Leontopithecus rosalia, a lovely small hairy monkey the size of a squirrel. 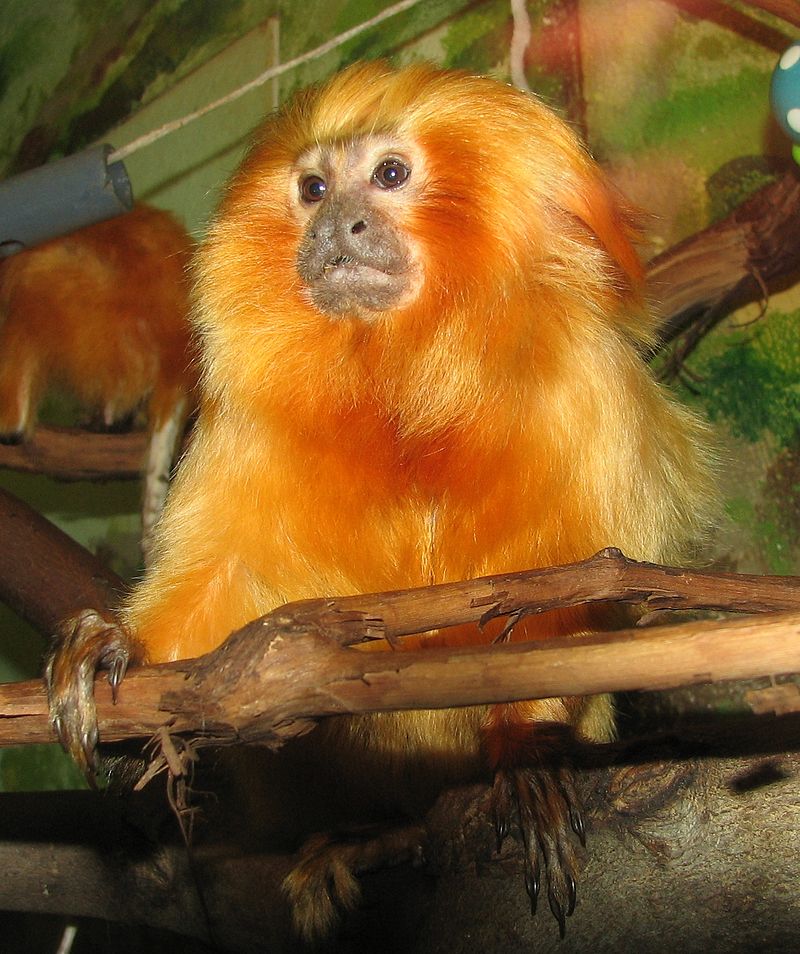 When he says that the pigs in these lands have their navels on their backs, he is talking about the peccary, whose dorsal musk gland is so noticeable that until not long ago, they were classified as part of the genus Dicotyles, that is, ‘two navels’. Today they are assigned to the genera Pecari and Tayassu.

In Puerto Deseado, now in unknown lands, they see two islands so crowded with ducks and seals that in one hour they fill all five ships. The ducks do not fly, they are black and they are so fat that instead of plucking them, they skin them. This is the first mention of the Magellanic penguin, Spheniscus magellanicus. As for the seals, of which he gives a very precise
description, they are South American sea lions, Otaria flavescens. 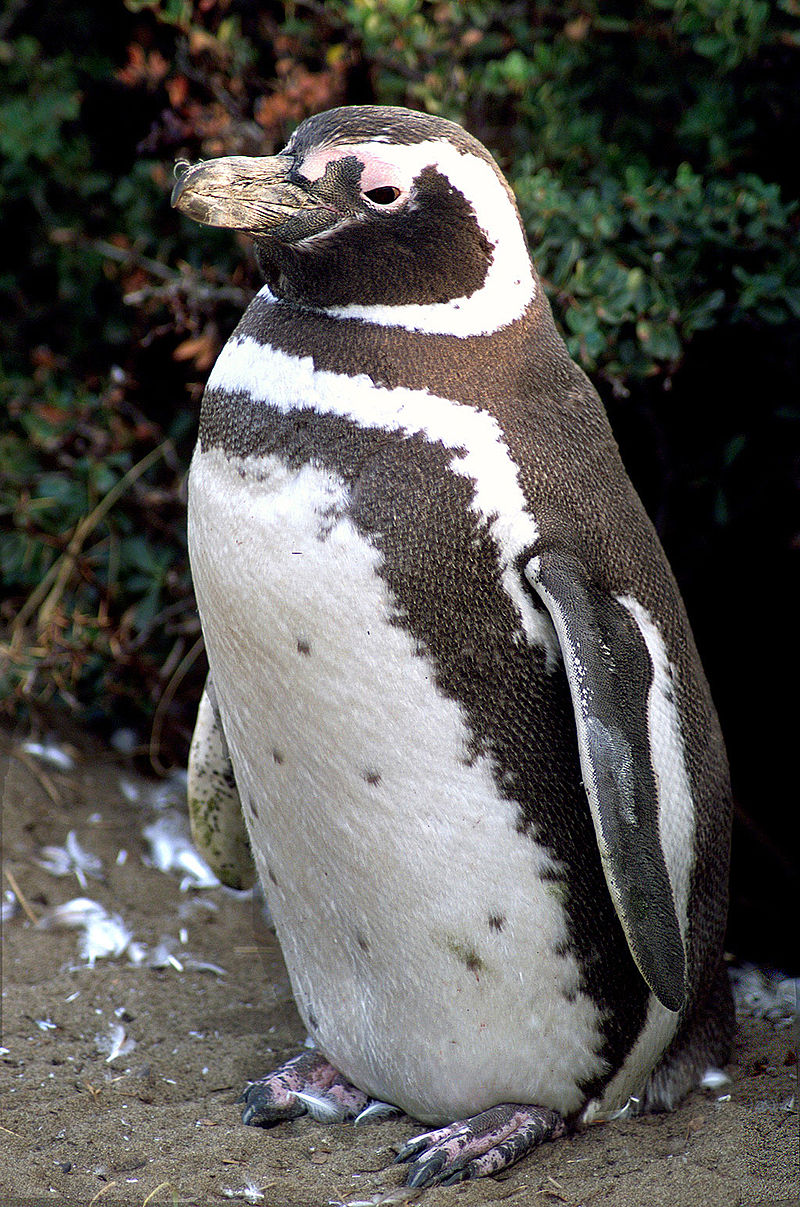 In Port Saint Julian they see a Patagonian wearing the skin of an animal that ‘has the head and ears of a mule, the body of a camel, the legs of a deer and the tail of a horse’. This striking mix belongs to the guanaco, Lama guanicoe. They also see ostriches, foxes and a few rabbits smaller than our own. The ostriches are Rhea americana, that is, the rhea, a flightless bird that resembles the African ostrich in appearance. The foxes are the Patagonian culpeo fox, Lycalopex culpaeus, specifically, from the subspecies magellanicus, a major predator in these regions. As for the rabbits, it is not clear, as the abundant maras, Dolichotis patagonum, are quite large.

In the Strait of Magellan, they eat a species of celery, probably Apium australe, which can help to prevent scurvy, and they observe the flying fish, the Exocoetidae, moving through the air to flee their predators..

On the Philippine island of Samar, Pigafetta explains how the natives use the areca palm, Areca catechu, whose nut, which is a stimulant, is mixed with lime and flavouring, then wrapped in the leaves of the Piper betle, betel, and chewed. The saliva this produces leads to the frequent spitting of red gobs..

On Leyte, they kill a bat as large as an eagle. Possibly the giant golden-crowned flying fox, Acerodon jubatus, now on the verge of extinction. They also see large birds like hens, black and with a long tail: these are megapodes, and as Pigafetta recounts, rather than incubating their eggs, the female buries them in sand to control their temperature.

They found two molluscs so large that the flesh from one weighed 26 pounds and that of the other, 44. This is the giant clam, Tridacna gigas, whose shell serves as the baptismal font in many Spanish churches. He then talks of trees whose leaves when they fall to the ground are alive and they walk. These are phasmids, or stick insects, an excellent example of mimicry.

When they reach the Moluccas, he speaks of the bird of paradise flower and tells of its great size and ritual importance as an ornament.

On reviewing the typical fruits and birds of the Moluccas, Pigafetta comments that there are many parrots, some white, which they call cathara (almost surely the white cockatoo, native to the Moluccas), and others red, more expensive because they speak better. 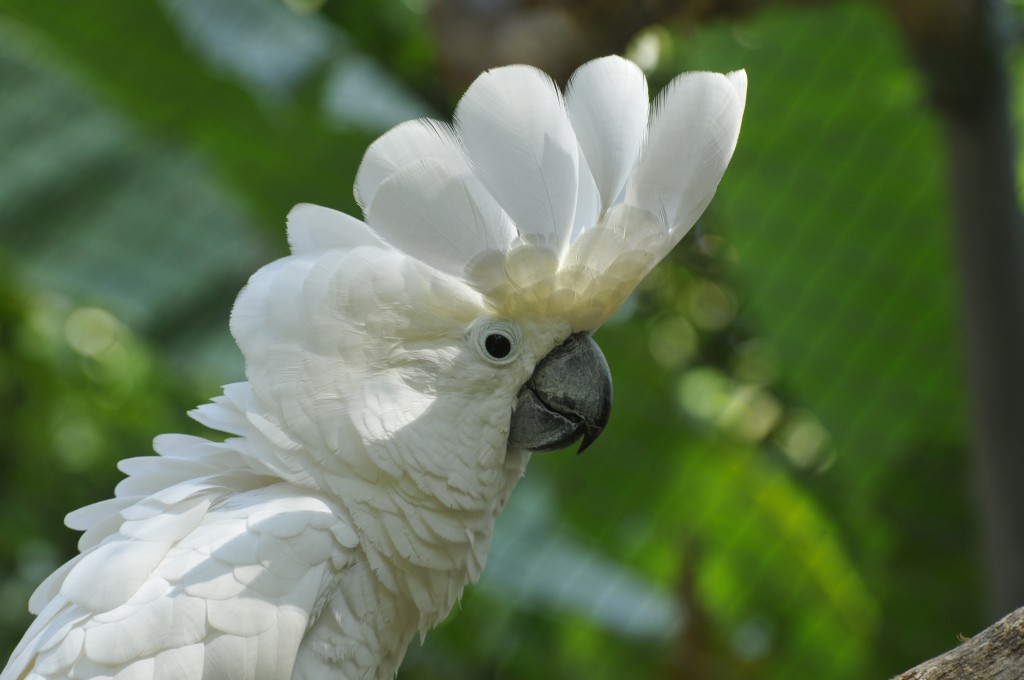